Malte Hegeler for GI Friday: Five (e)sports to bet on 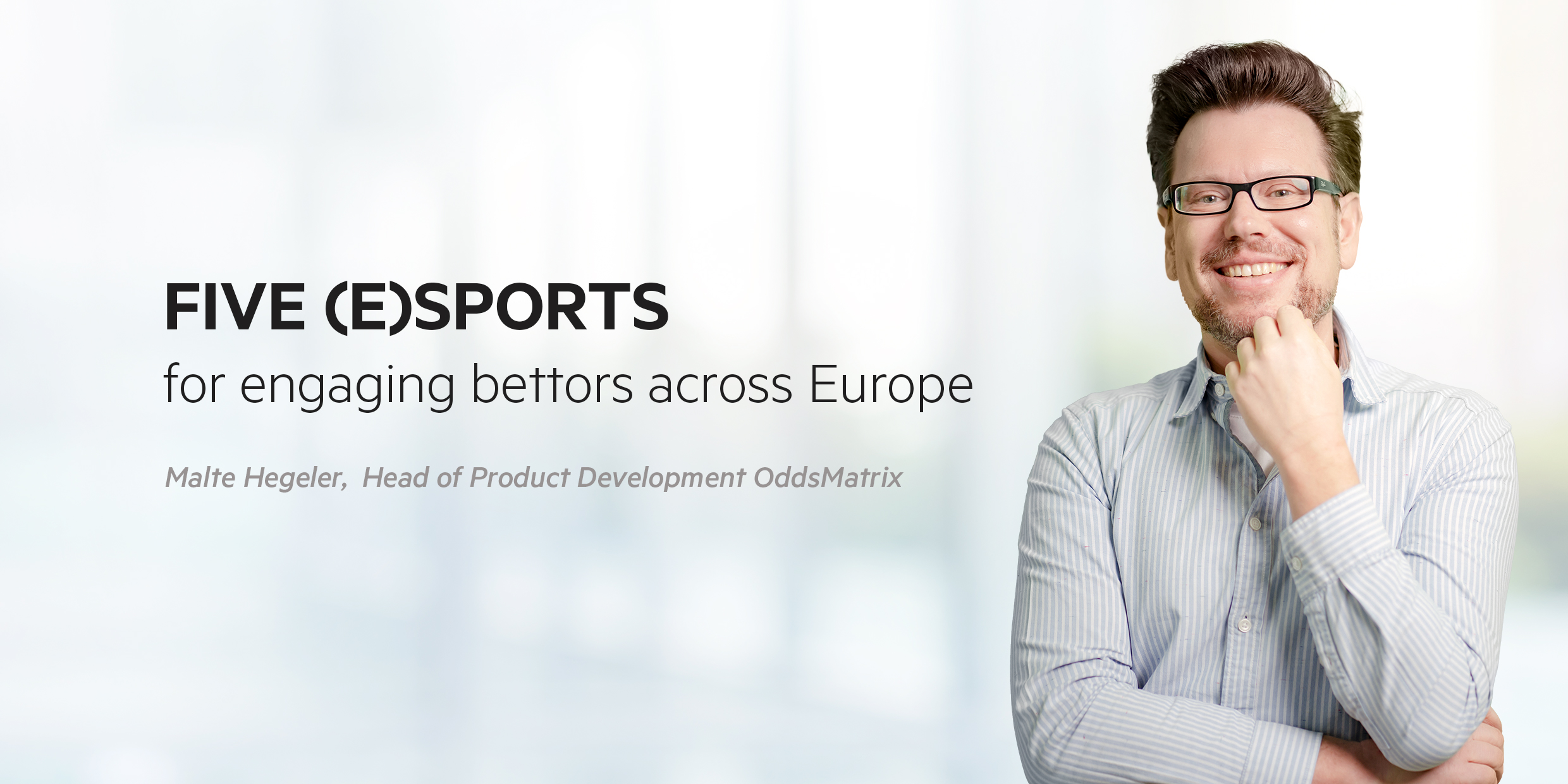 Our sportsbook’s Head of Product Development takes us on a tour of the most promising sports and esports disciplines in European sports betting in his latest column for GI Friday.

During the long-awaited Euro 2020 mania, we were reminded that football is indeed king – on the stadiums, as well as in the online and offline sports betting shops. The predicted turnover: €1bn per match across the tournament. A dizzying amount and event, making it easy to forget there are other sports around the world.

But operators with a keen eye for opportunities – and a knack for scoring good business – know not to lose sight of other sports with great betting potential. After all, 35% of the total placed bets – according to data from OddsMatrix sportsbook platform – come from sports and events not connected to the beautiful game.

With that in mind, we have profiled five alternative sports and esports we believe show the biggest betting potential in Europe in the months and years to come.

The pandemic coincided with esports generally enjoying a massive boost in popularity. Esports betting grew 40 times over early last year and those bettors have remained. As things stand, esports revenues are seven times higher than they were pre-pandemic and bettors are served with round-the-clock, streamed coverage.

FIFA, in particular, presents fantastic opportunities for operators: it is as easy to understand as its real-life counterpart and, with short matches, there is a quick turnover. Incredibly, FIFA’s rapid rise has seen it become the third-most-popular sport on the OddsMatrix platform.

NBA2K enjoys a similar advantage to FIFA over classic esports titles in that there are no barriers to understanding it for regular sports fans. The NBA, packed with iconic players, is particularly popular with younger fans who tend to identify with stars rather than teams.

All those recognisable players are present in the game and the number of events being streamed has exploded. NBA2K occupies the seventh spot on the OddsMatrix sports betting leaderboard.

CS:GO is the most established esports discipline, and it can be thrilling to watch players hide, seek, attack and ambush. With a vast, dedicated fan base, particularly concentrated in northern and eastern Europe, CS:GO contains a huge array of betting options, with BetBuilder and player markets starting to enter the mainstream.

Overall, our esports offering has hugely expanded in the past year, going from 1,000 to 50,000 live events within the space of a couple of months, and CS:GO markets have been a roaring success with betting brands.

Those looking for the next big thing could do worse than look towards Valorant, a rising star that combines the best elements of a first-person shooter (FPS) and multiplayer online battle arena (MOBA) game types.

Estimated to be the third most popular sport in the world with 2.2 billion fans, basketball doesn’t begin and end with the NBA. The Turkish Airlines EuroLeague competition is one of the biggest global indoor sporting competitions with average crowds of more than 8,000 and in countries such as Greece, Turkey and Spain, basketball is behind only football in popularity.

From a betting perspective, our BetBuilder product contains numerous basketball markets, including player props, and we have seen that Asian competitions that take place in Europe during the daytime are very popular. With frequent in-play betting opportunities, this lightning-fast sport just keeps on getting bigger – a little bit like the players!

The appeal of the NFL for European bettors keeps on growing, and the Super Bowl remains the biggest yearly betting event on the planet. Fan engagement is in full bloom across the continent, never more so than when NFL matches are held in London and (soon) Germany.

There are said to be 2.37 million NFL fans there where, along with Poland and Spain, the new European League of Football is currently taking place. American Football is of great interest to operators due to the wide range of player prop and micro-markets that can be offered, in a stop-start sport that contains an abundance of betting pit stops for customers.

The discipline’s appeal has not been ignored by OddsMatrix either, and during 2021 their BetBuilder product will also be available for the USA’s favourite sports.