What do US players really want? 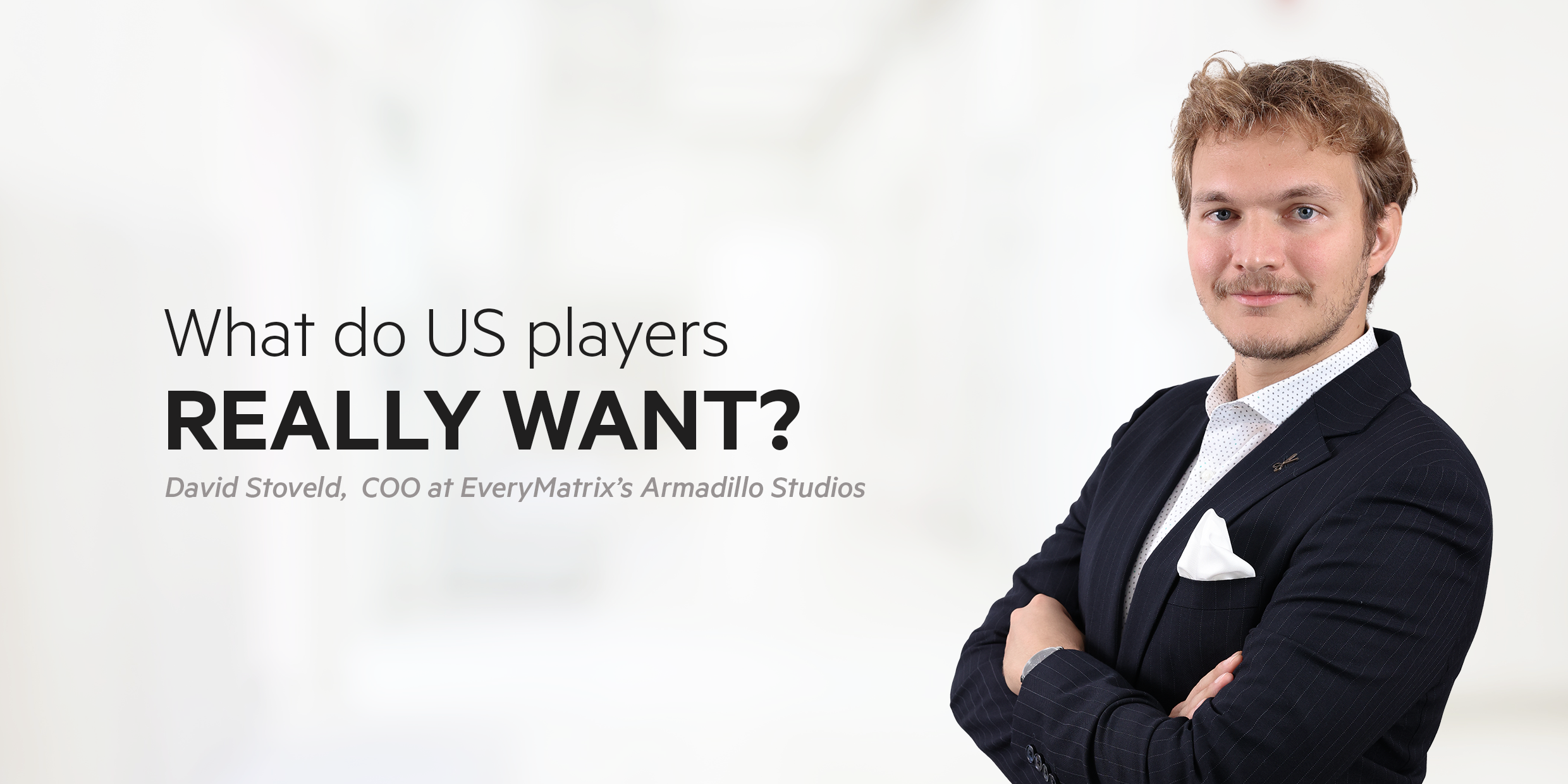 David Stoveld, COO at EveryMatrix’s Armadillo Studios, surveys the US landscape and explains that games that slot into the unique North American culture will see the greatest success

Legend has it that around 300,000 people sought to make their fortunes in the California gold rush, arriving by sea and land to stake their claims. Yet for the majority in the surge westward, dreams of vast wealth bit the dust and alternative ways of earning a living ultimately had to be found instead.

Online gaming has its own sense of Manifest Destiny within the United States. Since the repeal of PASPA, there is an idea that this is a market that is ripe for easy pickings. Preconceived notions, based on what has been proven to work in markets elsewhere, have been imported into a patchwork of state-by-state regulation and the results have been inconsistent.

While undeniably a vast and potentially enormously lucrative arena, it is a mistake to simply assume that what has proven successful in European markets can be transported across the Atlantic to automatic success.

There is gold in the hills, but to dig it out takes care and expertise. Knowledge of market conditions and player preferences and a continuous understanding and intuition of US iGaming trends are vital if suppliers are to create top-quality, relevant tools and products that resonate with audiences.

Games studios must perform the dual function of bringing to life familiar land-based favourites that draw crowds to the one-arm bandits in Vegas and Atlantic City, while also introducing innovations to the online space, step-by-step. Why should the industry restrict itself to the daily jackpots that have changed the game in Europe? It is time to be truly innovative – to take what has been successful and to continually optimize and tailor content for a demanding audience.

The industry finds itself catering for a totally new, vast player pool. At this fresh starting point, there is an opportunity to utilize data from the lifestyle and culture of the US to inform the game creation process. One example would be to consider high rollers: how much time and money do they typically spend on each session? You can also examine the level of bets players new to online gaming will start with, how social media and streaming services influence the popularity of game features and themes, and the ways in which state-by-state differences in regulation translate to the popularity of one game type over another. Another crucial data point is the effectiveness of retention tools and cross-platform marketing strategies.

In terms of the mechanics that will prevail, we have seen elsewhere these gradually evolve in each market. New norms will form, and you can expect to see everything from simple three-reel, one-line mechanicals to five-reel 20-plus paylines, dynamic ways, scatter-link respins, branded content with wide-area progressives and a plethora of new mechanics yet to be discovered as the market develops. It is important not to disregard old-fashioned mechanics, which we have seen still resonate with a large pool of online players in the US.

One particularly interesting aspect of the player experience is what many in Europe would consider to be a relatively new innovation – bonus buying. Once introduced, we saw the extreme popularity of this feature, swiftly followed by reviews of whether or not they should be removed over responsible gambling fears. In the US land-based arena, such features have been part of the furniture for more than eight years. I would speculate that the weight of experienced US players from bricks and mortar casinos who have played online in New Jersey, in addition to new players who have engaged with online gaming through streamers, will mean bonus buying will quickly become a key feature of the online experience. I would also not be surprised to see a heavier emphasis on group-play dynamics in the coming years.

It is true that around the world, the psychological effect of both having a chance to win big and hitting a winning combination remain a constant. However, creating a player journey of hope and luck that is unique to the US audience and which embraces its defining qualities can be key to unlocking the potential of this market.

You only have to look at US sports to understand the culture is different from Europe. While a middle-aged sports fan might not understand the blockchain, NFTs or even social media, they can discuss their fantasy football team and the trades they have made in intricate detail. It would be extremely interesting to leverage the wide-ranging appeal of fantasy sports, popularized in the main by FanDuel and DraftKings, by innovating on traditional free-round promotions. You could test out variants that are linked to fantasy teams. The features and multipliers offered to a player could be determined by their team’s performance around Saturday Night Football, during a promotion on new, tailored slots.

Consider why Americans prefer their own style of football – with over three hours of game-time centered around short-explosive plays with tons of time outs and video-replay challenges – and it is not far-fetched to suggest that the playstyle, presentation, mechanics and timing preferences of US slots will not be quite the same as the rest of the world, as the iGaming market matures. It is common to see new, mechanical genres that may have been consigned to the past by some, becoming mainstream in the US. These new segments of players with unique preferences are the seeds for their popularity to grow once again.

The mission of creative teams such as ours is to take what we already know and use it as a foundation, when building innovative new mechanics and products from the ground up. To be familiar, yet fresh, is the goal for those looking to create titles that will flourish in gaming’s biggest new frontier.

Since joining the slot development industry in 2009, Dave Stoveld has led the creation of some of the most successful slots in iGaming. A seasoned mathematician with a creative spirit and an eye for detail, Stoveld now creates US-focused slots at Armadillo Studios, a newly established company looking to dazzle players and push boundaries to the next level of gaming entertainment in the US.

The original version of this article was published by EGR North America under the title What do US players really want?