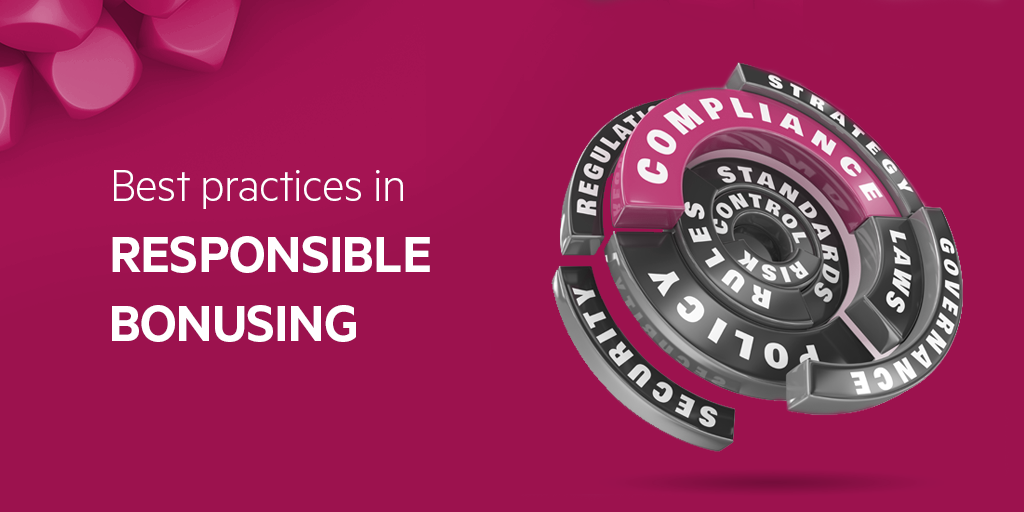 Even the best marketing incentives can lead to bad decisions. That’s why in this article from our series on iGaming bonuses, we explore the global regulatory challenges and best practices in responsible bonusing, outlining how every industry stakeholder should be aware of their responsibility to protect consumers and why we should employ highly performant software technology for bonusing.

Adapting to a changing regulatory landscape

Earlier this year, some welcomed Germany’s news of a “transitional tolerance period” for iGaming services in the country, suggesting it would bring “greater certainty” and that a “level playing field for responsible, licenced operators” was “good for German consumers and the industry as a whole”.

These comments from the industry echo the overarching success of online gambling regulations in the last 15 years and its positive transformation from offshore, dot.com-run websites to fully compliant dot.country brands licensed and regulated by individual nations.

Ever since former UK Prime Minister Gordon Brown’s Gambling Act reform of 2005, many other countries have successfully transitioned from unlicenced states to implementing licensing conditions for operators and suppliers, with the goal of ensuring consumers are fully protected and that they receive the best possible user experience.

Several European countries have since followed suit, including Italy (2007), Denmark (2012) and Spain (2013). Regulation has continued to build momentum in the last two years, with the US (2018) allowing individual states to regulate online sports betting and casino games. Also, Sweden (2019) and countries from Latin America, including Colombia and Brazil, the world’s fifth-largest economy, are not far behind.

The regulatory picture within those countries, however, is an ever-changing landscape, one which compliance and technical teams in the industry grapple with daily. Both existing and newly appointed governments and their respective regulators alter existing legislation and are increasingly doing so in line with a concerted political push towards tighter responsible gaming measures. This has further intensified due to current economic conditions surrounding the global pandemic.

The pandemic months have seen several countries respond to calls for an increase in responsible gaming with restrictions around advertising, deposit and stake limits, bonusing and product changes including spin times and cooling-off periods in between sessions, all of which have required businesses to make deeper, technical alterations to games and platforms.

There is a growing global agreement that a change in approach is necessary to reinforce player protection, particularly for those who are most vulnerable. However, many also believe this comes at a cost to the very same players in terms of user experience, as well as to the sustainability of the industry.

In markets such as Sweden, for example, licensed brands and suppliers have come together to urge the government to alter its strict stance, largely due to the effects new restrictions have had on player volumes across their sites.

Rather than protect players, these new measures may have had the opposite effect with “channelisation” rates (number of players on licensed sites) plummeting to as little as 52% according to Swedish trade body BOS. Instead, large volumes of potentially at-risk consumers have switched to unlicenced, black market brands that offer unlimited bonuses and rewards, but little to no protection.

There is an equally fine line between stimulating entertainment versus inciting consumers to play for excessive amounts of time. When it comes to rewarding players, responsible iGaming operators in the industry always had to strike a balance, protecting users without damaging their entertainment experience, and at the same time taking care of their own business. For instance, players should be able to withdraw their funds without unreasonable conditions, but at the same time operators need to make sure they have good control of their customers’ transactions.

Reaching the balance between protection and entertainment

All regulated markets work on the principle of both protecting and rewarding players without damaging their user experience. There is no ideal blueprint, however certain countries have achieved a more harmonious balance, including the UK and some of the early adopter states in the US such as New Jersey.

In the UK, all major iGaming products are permitted, the licensing regime is rigorous and large fines levied if any company or individual crosses the line, while new rules are well communicated and sent to stakeholders with advance warning. This includes recent changes around preventing brands from bonusing customers who are displaying indicators of harm, conducting affordability assessments for individuals who indicate signs of problem gambling, as well as implementing processes that ensure the continual monitoring of their customer base, such as identifying play or spending patterns or behaviours that may have changed.

Due to the UK’s high standards and regulatory enforcement, consumers play and are rewarded within an open but increasingly responsible environment. And this is expected to go even further into 2021, with an overhaul of the Gambling Act. Advertising, sports sponsorship, VIP schemes and online stake limits deals are all expected to be considered.

The same can be said for several US states such as New Jersey which, despite being less mature historically than the UK and Europe, offer consumers a wide range of betting and casino products within a safe and responsible structure, and within a framework where online and land-based brands enjoy mutual benefits.

Despite only being two years old, the market there offers a wide range of bonuses that you would expect to find in many other regulated territories, such as free money offers that you can use as free spins, free play or free bets; deposit bonuses where online casinos match deposits as high as $500; or cashback bonuses for new customers on their first deposit meaning a certain amount of money is returned to a player’s account for every loss.

So, where do bonusing and rewarding players sit within a fragmented framework of globally regulated markets? This is an ever-changing landscape and companies need to remain agile in their approach. However, when tackling this complex issue, it is crucial to have adaptable technology, which can be applied to every local market your company is targeting or servicing.

European countries may seem organized into a unified space, but each approaches bonuses in different manners. In some markets, like Denmark for example, promotional measures may not be given to individual players on terms that differ from offers given to other players but must be offered to all players who play within the same set amount range or who meet another set criterion. The amount range or another set criterion must be set so that the promotional measure is offered to at least 100 players. Furthermore, a player’s inactivity must not be a selection criterion in awarding promotional offers.

Check on the below map a few examples of how different jurisdictions address bonus regulations and conditions.

Despite differences, a general unified requirement points to open and transparent marketing. Operators must ensure that communications do not mislead consumers and that all significant conditions which apply to marketing incentives are provided transparently and prominently to consumers.

A top-performing bonus software that enables you to integrate changes fast and productively is key.

With BonusEngine suite, for example, operators gain complete control and real-time visibility from one central system. This allows them to monitor every aspect of player and product behaviour such as bonus abuse and undesirable betting patterns while still rewarding valued customers. At the same time, reporting tools closely monitor both cost control and potential problematic behaviour.

Using a rich set of deep configurations, brands can control every aspect of their responsible bonusing strategy including which players to target, when to target specific players, and which bets are covered, and their contribution, by any bonus, while strictly and swiftly managing and reporting on their costs.

In addition to these technical challenges, online gaming brands must also select and integrate best practices when looking to strike a positive balance between bonusing and protecting players. Among other areas, this includes ensuring users are in control, with easy-to-use processes and informed transparently.

The BonusEngine and EveryMatrix platforms have been designed to allow players to easily self-exclude from both bonusing and promotional emails, SMS messages and notifications. Terms and conditions can also be automated using the system’s APIs, showing players which games are included, and how much each game contributes to both available and active bonuses.

Operators should ensure their players are enabled to make informed choices with simple-to-use bonus tools and functionalities, as well as with easy access to clear, concise and transparent terms and conditions of all the reward promotions for their products and services.

As you have read, finding a consistent balance between marketing promotions creatively and responsibly is crucial, particularly with an increasing number of territories imposing new and/or further restrictions on products and in particular rewards and bonuses.

Yet one thing remains clear. The benefits of best practices in responsible bonusing are wide-ranging: players enjoy the best possible experience within the safest and most responsible environment, while iGaming brands that follow a responsible path, with the help of effective technology, will create a sustainable and profitable business model for long-term success.

Read all the articles in our series on iGaming bonuses here.